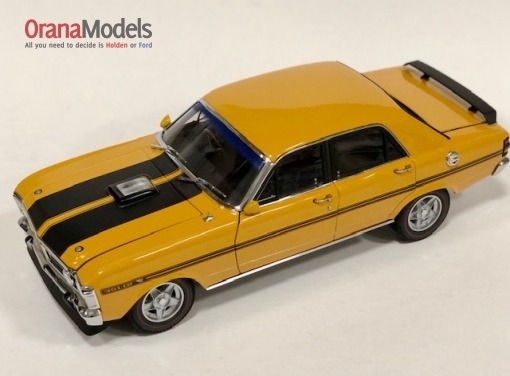 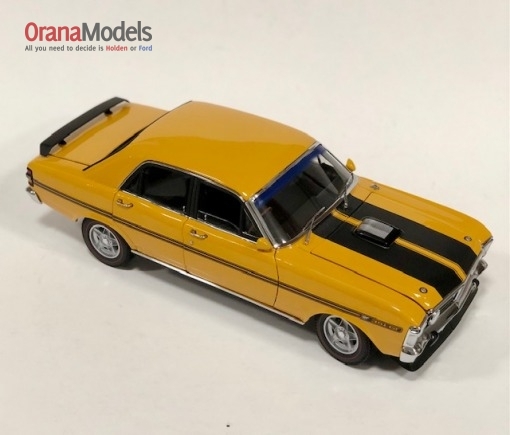 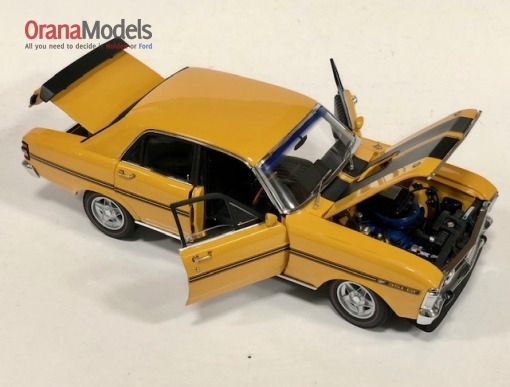 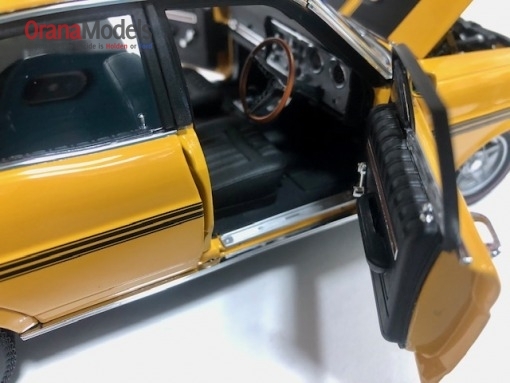 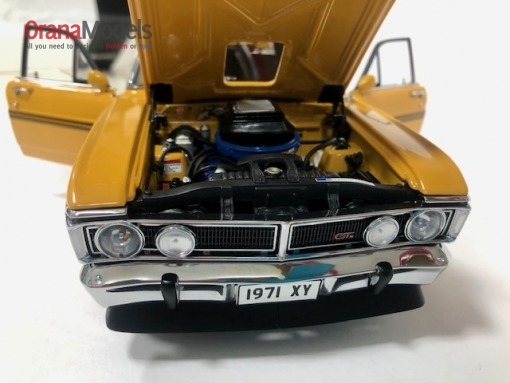 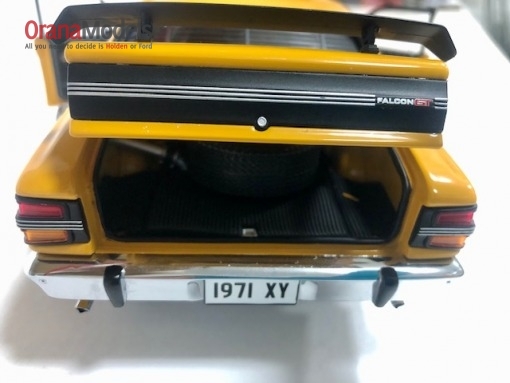 Late in 1970, Ford replaced the XW range with the new XY range.  As with the XW, a GT was also released.  By the first half of 1971, a GT-HO, the Phase 3 was delivered.  This GT-HO was a true supercar and with a top speed of over 1401mph was the fastest four door sedan in the world at the time.  Approximately 300 XY GT-HO Phase 3 Falcons were produced.

The Phase 3 comes with the top of the line interior with 140mph speedometer and an 8000rpm tachometer.  It also sports the protruding air cleaner scoop in the bonnet famously known as a “shaker”.

The Cleveland engine has an outstanding level of detail including finely moulded hoses and tubing.