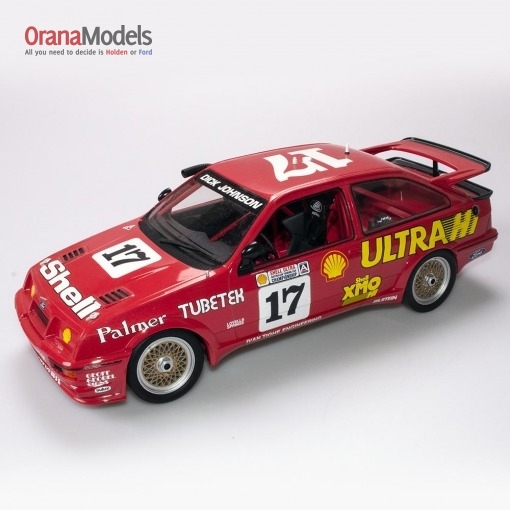 Simply put, Dick Johnson is Australian racing royalty, a hero to Ford fans everywhere and his DJR Sierra’s were widely regarded as the best on the planet.

The 1988 Australian Touring Car Championship season was a dominant one for DJR, with both Johnson and teammate John Bowe winning 8 of the 9 rounds for the year to finish 1-2 in the championship.

To this day, Johnson still has fond memories of this car and the dominant era for his team; “Those Sierras were the best Touring Cars on the planet, and we were completely and totally on top of our game.”

One of the first historic touring cars to be produced for the Australian market in the impressively large 1:12 Scale, this model is scheduled to be produced by Authentic Collectables in high quality sealed body resin with clear windows and detailed interior. It will be produced in a limited edition with a numbered Certificate of Authenticity signed by Dick Johnson.

Please note, prototype model is pictured. Corrections (including seating position) will be made prior to production.