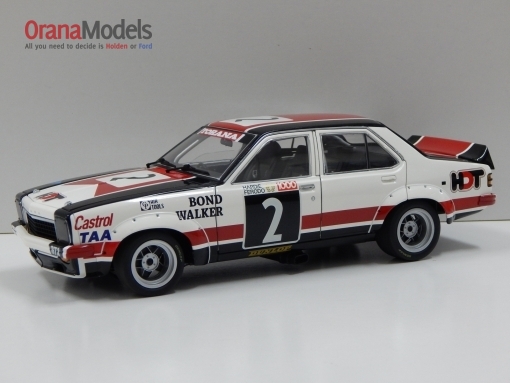 In 1975 the Holden Dealer Team had only one L34 Torana at its disposal, as Peter Brock had left the team at the end of the 1974 season. ?The Bathurst race saw Colin Bond (who had been with the team since 1969) partnered with South Australian open-wheeler driver John Walker. ?Bond secured pole position from Allan Moffat, with Brock starting third. ?Throughout the race the HDT L34 Torana had numerous issues. ?From a 3 minute stint in the pits to change the tyres, a hot running engine refusing to start, to a cracked brake disc. ?The later caused Bond to spin while turing into The Cutting before arriving at Hell Corner. ?Colin Bond and John Walker had a difficult race day and were initially excluded from the final race results fo an alleged inlet manifold modification. After appeal they were later reinstated to 3rd place outright.