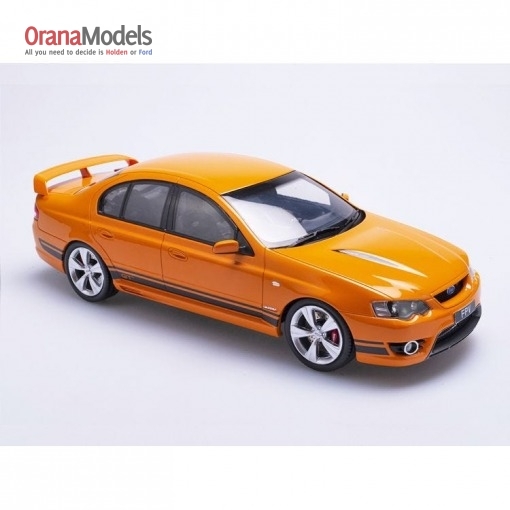 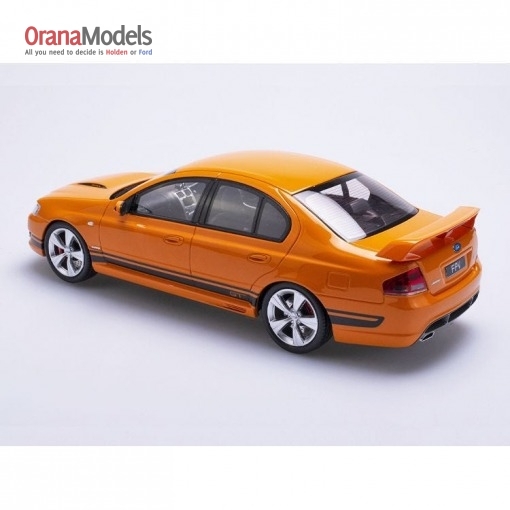 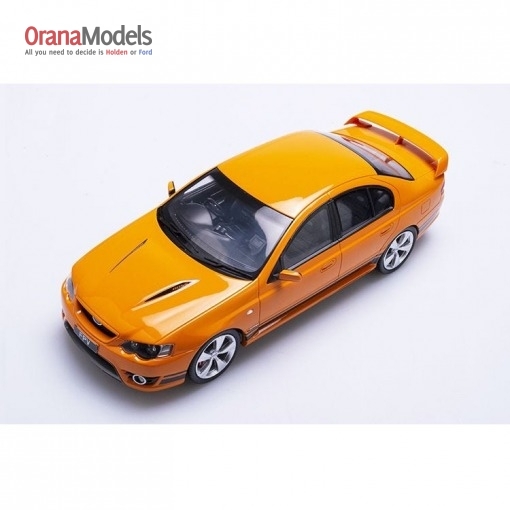 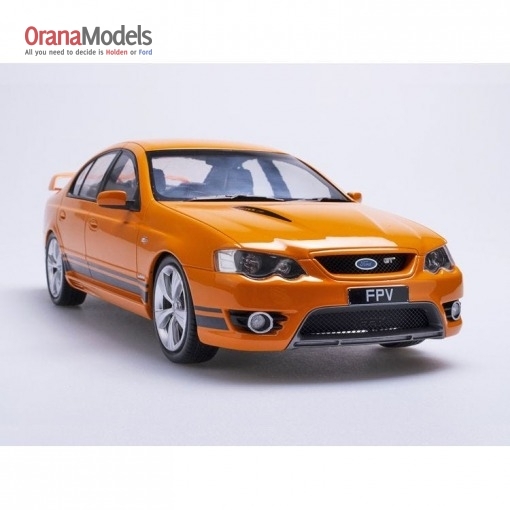 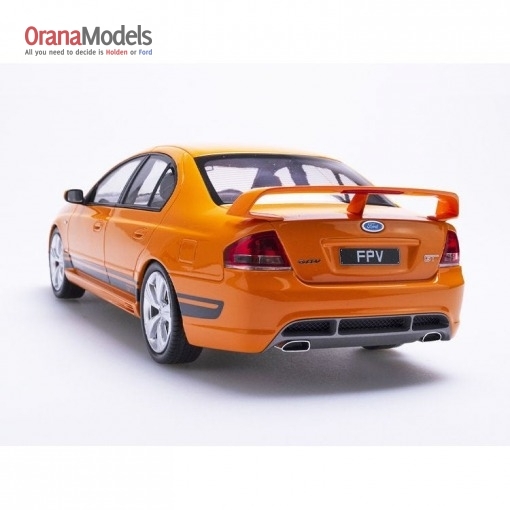 Released in October 2006, the FPV BF Mk II GT Series consisted of the GT and GT-P variations. Both were powered by the 5.4-litre BOSS 290 V8 petrol engine with either six-speed manual or automatic transmissions. Compared to the previously released FPV BF GT there were only a few small differences on the new versions. The Mk II Series could be most easily identified by their revised stripe packages and wheel changes.

Mechanically there was no difference between the two with both featuring the previously mentioned 5.4 litre V8 together with the eye-catching ‘BOSS 290’ graphics on the bonnet. These working in unison with the new GT / GT-P side stripes added a real presence to the look of the car. Add to this the bold colour options and they were unmistakably a modern Australian muscle car with clear influences from famous Ford GT’s of the past.

Produced in high quality sealed body resin, the 1:18 Scale FPV BF Mk II GT is a finely crafted model. Despite being a sealed body model, the interior detail has been expertly replicated which can clearly be seen through the clear windows and the exterior lines are very sharp. The exterior finishing and colour of this model is a real standout also. The Octane Orange paint job and Black sticker kit work so well together and it will simply be a beautiful collectors model to display.