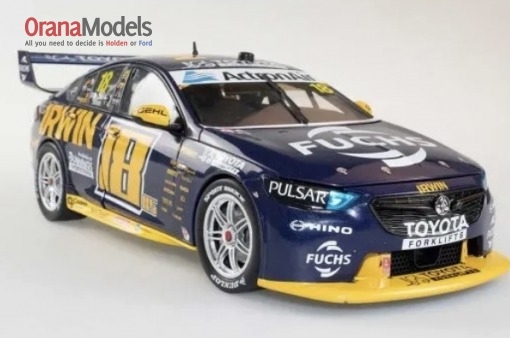 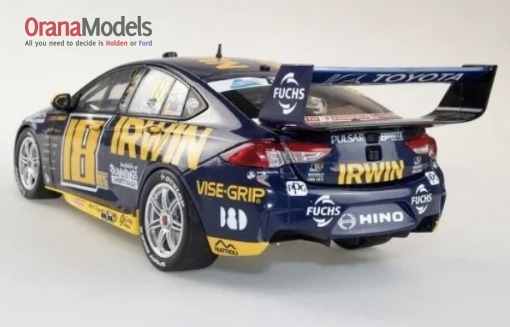 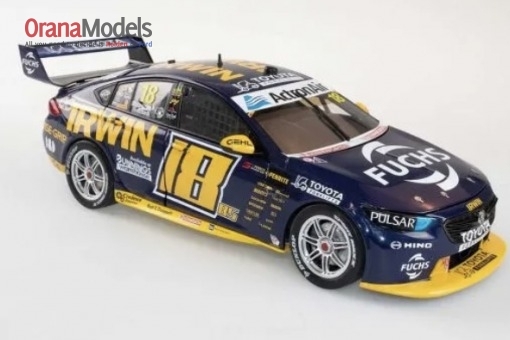 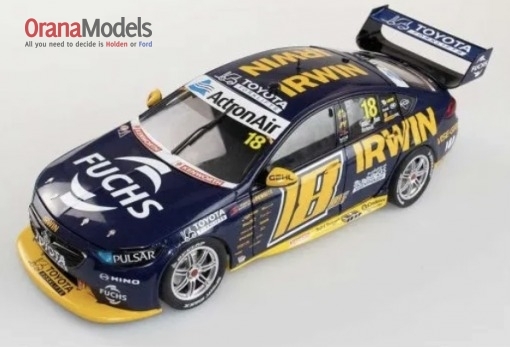 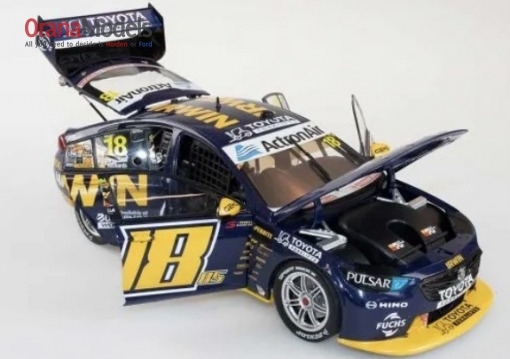 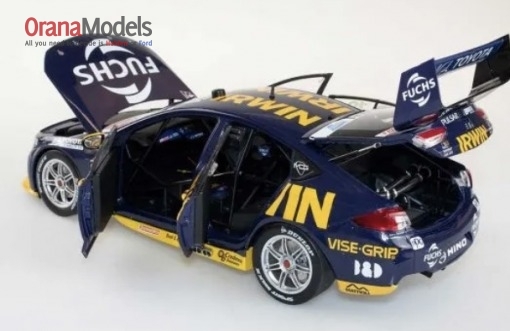 Biante Model Cars are very pleased to present the 1:18 Holden ZB Commodore V8 Supercar of Team 18 Irwin Racing. The exclusive replica model as raced by Mark Winterbottom and Steve Richards at the Penrite Oil Sandown 500 in the 2019 V8 Supercars Championship.

The historical Sandown track was taken over by iconic cars covered in iconic colours, as 12 cars in the field celebrated the Supercars Retro Round with significant livery changes to feature some classic race cars. The Retro Round concept began in 2016 and has been a very popular event in the V8 Supercar calendar ever since!

Unlike the vast majority of other team’s retro-liveries, Team 18 decided to steer away from Australian motorsport history and with major sponsor Irwin – it was the perfect opportunity to tribute the 2004 NASCAR title winner of American racer Kurt Busch. With massive door number and front guards covered with sponsor logos – the Team 18 car definitely looked the part on the track. Two-time Sandown race winner, Mark Winterbottom teamed up with fellow Enduro co-driver, Steve Richards for the Retro round.

Produced in die-cast with fully opening parts, the 1:18 ZB V8 Supercars are exquisitely-crafted collectables with fine detail, high quality and perfectly replicated decals. They will be produced to order and as with all Biante 1:18 scale limited edition models, these items will come with a numbered Certificate of Authenticity and premium box packaging.