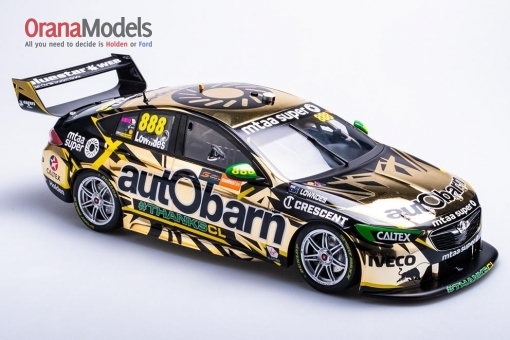 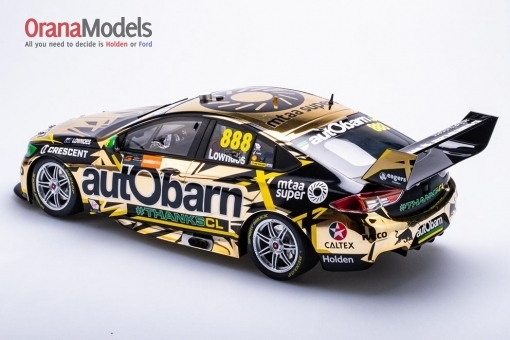 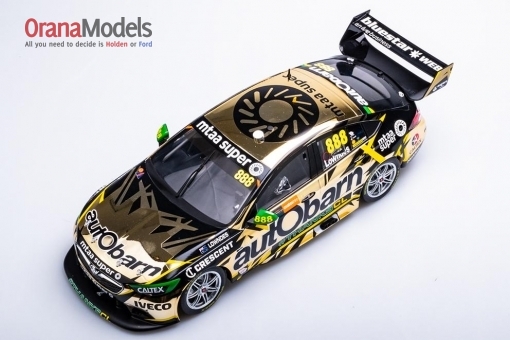 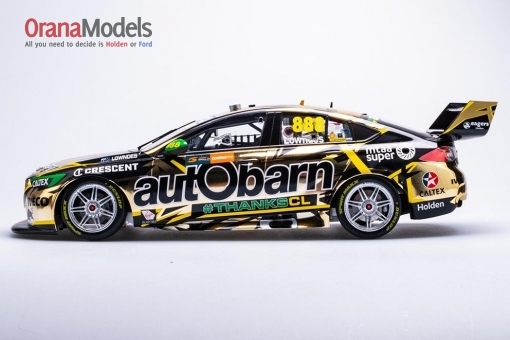 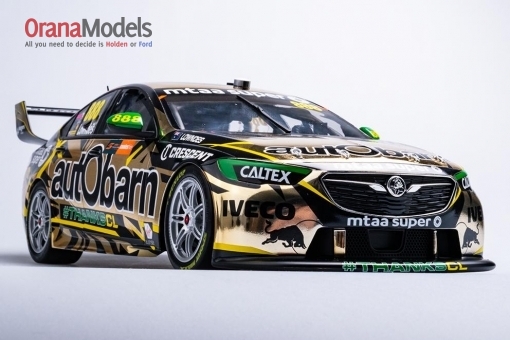 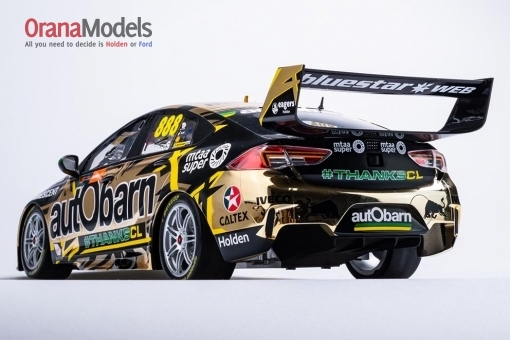 Please Note: All product images used may be of a prototype, a real image of the product to be replicated or an illustrative example and may differ from the final deliverable product.

The Autobarn Lowndes Racing Commodore switched to a gold-and-black look for the three-time champion, channeling his early Triple Eight Betta Electrical liveries from the mid-2000s.

Lowndes drove blue-and-yellow Betta Falcons in his first two Triple Eight seasons, 2005 and 2005, the latter including a Bathurst victory with Jamie Whincup.

He stepped back from full-time Supercars competition at the end of 2018, but will continued in 2019 as a co-driver for the Enduro Cup races.

Other than the sheer beauty of the size of this model, there are numerous additional features worth noting. They include using injection moulded glass housings for added strength and accuracy, photo etched parts, detailed brakes, wheels and antennae. Despite the model being produced in sealed body resin (in order to maintain an affordable price point for collectors) there has been no expense spared in replicating the interior cockpit too. The interior detail includes full decoration, faithfully replicated seat and painted interior characteristics along with fabric seat harness and window netting.

This model has been produced in an exclusive limited edition of 400, presented in deluxe packaging along with a commemorative flyer and numbered Certificate of Authenticity. It’s an amazing collectors piece and one that shouldn’t be missed.